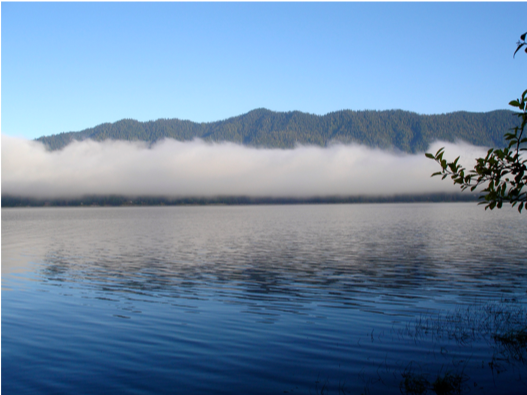 This meditation is based on the Lenten Retreat given at The Hermitage on March 7, using the scriptures for the third Sunday in Lent for 2020. It will be posted over four days this week, Monday (3/16), Tuesday (3/17), Thursday, (3/19), and Friday (3/20). Each day includes a meditation and suggestions for practice. In this time when the whole world is focused on a virus, my hope is that you will be encouraged to keep thirsting for Christ.

Wallace J. Nichols has written that “Water is the most omnipresent substance on Earth and, along with air, the primary ingredient for supporting life as we know it. For starters, ocean plankton provides more than half of the planet’s oxygen. There are approximately 332.5 million cubic miles of water on Earth – 96 percent of it saline. (A cubic mile of water contains more than 1.1 trillion gallons.) Water covers more than 70 percent of Earth’s surface; 95 percent of those waters have yet to be explored. From one million miles away our planet resembles a small blue marble; from one hundred million miles it’s a tiny, pale blue dot. ‘How inappropriate to call this planet Earth when it is quite clearly Ocean,’ author Arthur C. Clarke once astutely commented,” (Wallace J. Nichols, Blue Mind,  8-9).

We all know how important water is for life. In fact, we remember that after God dispelled the darkness with light, God focused several acts of Creation on water: a separation in the waters and then dividing the water from the land. Ordering the water was a significant act. In the second story of Creation given in Genesis chapters 2-3, after God makes a human and plants a garden, there is an interlude in the text that begins, “A river flows out of Eden.” The story goes on for four verses describing how this river divides and into what lands the successive rivers flow. Then the story of the garden and the human(s) begins again. Water is that important. It is used to identify people groups all through the Old Testament text. There are the people of the sea (Philistines), the peoples beyond the Jordan, the peoples of the great rivers (Tigris and Euphrates), etc.

Not only is water significant for our planetary identity, but each of us is primarily water. Nichols again: “When we’re born, our bodies are approximately 78 percent water. As we age, that number drops to below 60 percent—but the brain continues to be made of 80 percent water. The human body as a whole is almost the same density of water, which allows us to float. …Science writer Loren Eiseley once described human beings as ‘a way that water has of going about, beyond the reach of rivers,’” (Nichols, 10).

Jesus had a significant encounter with a Samaritan woman at a well near Sychar. She came to the well at midday to find that Jesus has stopped there to rest from a long journey. He was alone, the disciples having gone into town for lunch provisions. He asks the woman for a drink. She gets defensive (and political) and argues with him about his desire for water. He replies, If you knew the gift of God, and who it is that is saying to you, ‘Give me a drink,’ you would have asked him, and he would have given you living water,” (John 4:10). Misunderstanding his reference to “living water,” she argues again that he has no bucket to get water to give to her. He then tells her that he is speaking of a spring that will well up within her, a spring of living water that does not dry up. “Sir,” she replies, “give me this water, so that I may never be thirsty.”

What might it be like to have an unending source of water, to never have to trudge from the village to the well? She likes the sound of this offer.

Read John 4:5-15. Pay attention to the woman’s words. She is concerned with two things in the end, her thirst and the repetitiveness of her daily round. Jesus, on the other hand, is concerned only with God’s gift of eternal life. Can you recall a time when this crossing of intentions between what you want and what God wants has happened in your life?

Given what you know about water, does Jesus’ offer of a gift of spiritual water have any more significance for you?

Reflect on the following passage from Isaiah 55. With what does the prophet compare water? How is this like Jesus’ promise?

“All rivers flow into the sea, and yet the sea is never full,” (Ecclesiastes 1:7). Spend some time in prayer recoclognizing that there is room in you for a never-ending flow of “living water.” Ask to be receptive to this gift.