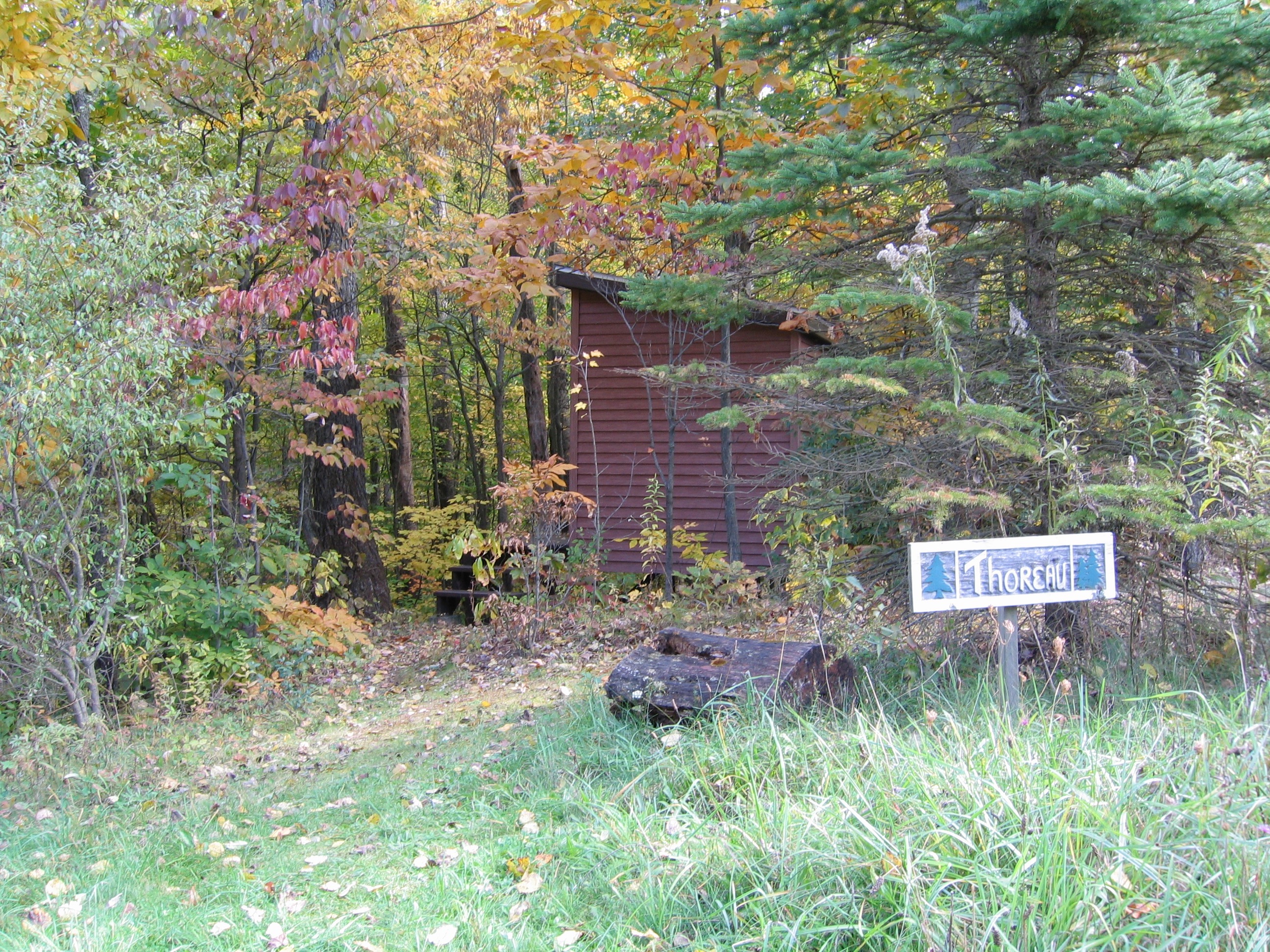 Years ago I went on a personal retreat with the intention of simply being still. My days and weeks had been full of being on the move from the moment I got up in the morning until I laid down at night. I longed for time to sit and do nothing. I decided to use Thoreau cabin for my stillness retreat as it’s the smallest of the three hermit cabins at The Hermitage; there’s not much room to move around in there. I figured it would help with my resolve to be still.

I went out the back door on my way to Thoreau and saw the trash bins that had been left there by my son. It was our weekly routine; I took the trash bins out to the roadside on the morning of trash collection day and in the afternoon when my son got off the school bus he carried the bins to the back of the house. From there I would carry them to The Hermitage on my next trip down the lane.

Within only a few steps of embarking upon my stillness retreat I picked up both trash bins to carry down the lane and place behind St. Joseph’s Barn. Seconds later I heard my son, who was watching as I left for my retreat, chiding me from the back door, “Dad, you’re not supposed to find anything to do.” I chuckled and went on my way, a trash bin in each hand.

When I got to Thoreau, I realized that I forgot a pen. I had planned to journal about all the profound things I would discover on my stillness retreat. Certainly there will be a pen in the cabin I thought. I searched but found none. I decided to walk back to St. Joseph’s Barn to get a pen; it wasn’t too far and I needed a pen to do the reflective writing I wanted to do with all the time before me. My writing might even be worthy of publishing in the Hermitage newsletter I thought. Then I heard my son’s admonition in my mind, “You’re not supposed to find anything to do.” OK. This time I will listen. I settled into the small cabin, no pen for writing, nothing to do but be still.

At times I felt restless and considered walking about, just to look at things. I wondered if the path to St. Gregory’s Abbey was cleared and which of the Hermitage trails needed attention. I thought about walking the labyrinth at GilChrist. But with each thought I heard my son calling after me, “You’re not supposed to find anything to do.” And so I sat in the sun, I watched a turkey pass by, I heard the squirrels scampering in the woods and deer snorting as they discovered my presence. I laid on my back and looked up at the sky, the trees were blowing in the wind. I slept often. I was still. In recounting my retreat to a friend he told me about his own stillness retreat. He said, “By doing nothing, I get things done. To go forward, I must be very still.”