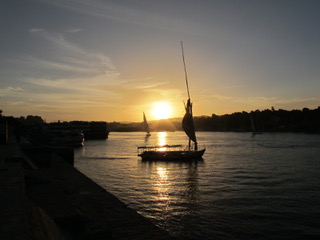 This post is part of a series commenting on the ten Practices of the Hermitage Way Keeper. This article is Part 2 of a series on Prayer. As a community, our first practice is prayer.

“Practice 1: Those who choose to keep the Way commit to engage in a daily prayer practice. This practice will include silence, meditation on scripture, intercession and affirmation. Morning Prayer and Evening Prayer liturgies from The Hermitage or other sources may be used.“

The answer to every prayer is the same

It may come as somewhat of a surprise to us, but the answer to prayer is always the same. At least that is what Jesus teaches the disciples about prayer. Let’s look at Luke 11:9-13.

“So I say to you, Ask, and it will be given you; search, and you will find; knock, and the door will be opened for you. For everyone who asks receives, and everyone who searches finds, and for everyone who knocks, the door will be opened. Is there anyone among you who, if your child asks for a fish, will give a snake instead of a fish? Or if the child asks for an egg, will give a scorpion? If you then, who are evil, know how to give good gifts to your children, how much more will the heavenly Father give the Holy Spirit to those who ask him!”

Here, we note that the answer to every prayer is the same: the Holy Spirit. No matter what is asked for, the resultant gift is God’s Spirit. If we come expecting a new job, we may get one–or not. But because we ask, we will receive the Guide and Comforter to help us. We will certainly be changed if the target of our prayer is God and not our need. God already knows what we need and is delighted to give us what we need if we seek for God. (cf. Mt. 6:25ff)

Now this may seem a little unfair. It seems that we are instructed to be persistent in prayer, asking for what we desire and the result is that we will always get the same thing. What about our desire? Don’t we ever get what we want because of our prayer? Jesus taught his disciples that “If you abide in me and my words abide in you, ask for whatever you wish, and it will be done for you.” (John 15:7) The conditions placed on that wishing are huge. “If you abide in me.” “If my words abide in you.” These are the conditions that govern our will so that whatever we wish will be done. J. Neville Ward in his book, The Use of Praying, puts it this way, “To pray in the name of Christ means to share his way of looking at life. And this must gradually change the desires we want to lift up to God, and ultimately our whole life of desire. We cannot continue our ‘learning Christ’ within the worship and teaching of the church and not expect inner change to begin. The place where that change first makes itself felt is our life of wanting.” So, we do get what we want, but what we want is first completely transformed into what God is already wanting.

Another question we might raise is “when will God answer my prayer? It seems I have prayed for the same thing for years. Is God listening?” And to that question the answer is an unqualified, “Yes, are you?” Change is the fruit of prayer. If you have prayed for the same thing in the same way for years, something is wrong because you are not changing. I am not saying we should not be persistent in prayer. The gospels make it clear that persistence is expected in prayer. In Luke (11:1-13), we note that Jesus assumes this approach with his disciples. He tells the disciples to make petitions or supplications often and directly.

Practitioners of supplication have noted that prayer is entering into God’s master plan God’s way. Does prayer make any difference? Yes, when you become available to be used as part of the Kingdom, the strategy can change. More hands make changes in the work roster. There is no scientific causal link between events in the universe and one’s prayer. However, there is a qualitative difference in the way energy is allocated. When your intention is for the good of another, it cannot also be for that person’s downfall. Your agreeing with the cosmic power of God for what is at stake in the world cannot be used in any other way. There is a kind of cumulative calculus that is not countable. This does not produce visible results like magic tricks—if you pray a certain way, there will be a particular, and immediate, result. Rather, you love others by holding them in the loving gaze of a loving God. By paying attention, with God, you increase the attention paid.

Paul, in Ephesians 6:18-20, urges that prayer be constant. He assumes that the Ephesians’ desires are for what God wants. He lays his assumption bare in the first sentence, “Pray in the Spirit at all times in every prayer and supplication.” There is no simple formula to accomplish praying in the spirit. As in, “in the name of the Father, Son and Spirit, AMEN.” To pray in the Spirit is to be in the Spirit, to plunge into a relationship that swallows one up and to be there, praying as the Spirit would pray.

When we pray each day at the Hermitage, we remember that to be used as pray-ers is simply to pray. And in that prayer we listen to how God might be calling us to actually become part of someone’s “answer.” To do what I can do, is to be part of prayer. To offer up what I cannot do, is to be part of prayer. In fact, all we can ever do is be part of prayer. Mr. Ward again helps us understand, “Truly Christian prayer is part of the eternal prayer and sacrifice of the great High Priest. Our prayer is Christian prayer as we enter into the self-offering of Christ, as we want to be part of God’s purpose and channels through which [God’s] love can act.” This is the central task of prayer, to ask constantly, “Am I part of God’s purpose and a channel through which God’s love can act?” 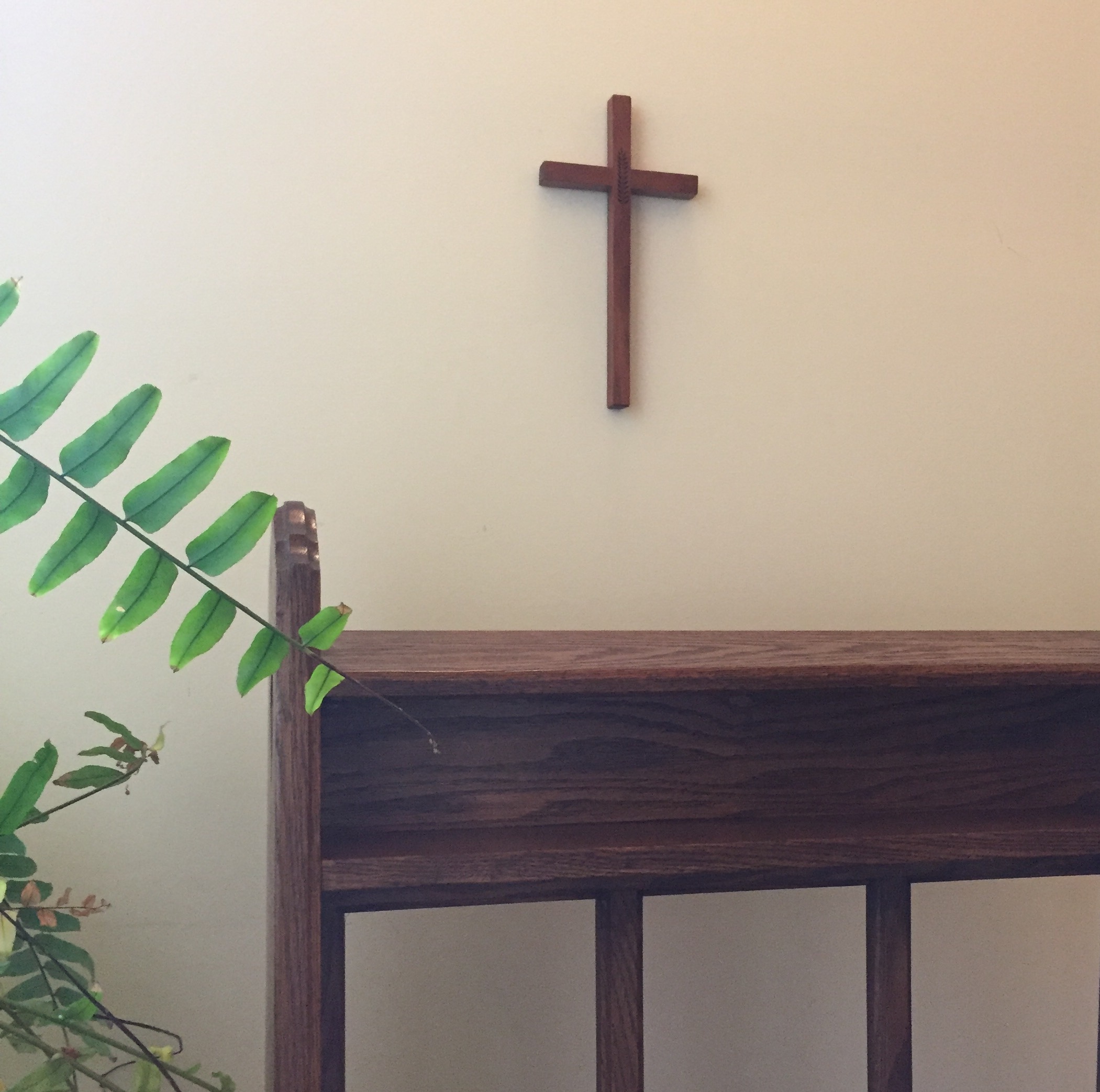 The Hermitage Way is a group of folks who commit to keep ten practices for a year at a time. This article is one of a series of articles on these practices.

Practice 1: Those who choose to keep the Way commit to engage in a daily prayer practice. This practice will include silence, meditation on scripture, intercession and affirmation. Morning Prayer and Evening Prayer liturgies from The Hermitage or other sources may be used.

There are many words used for prayer: adoration, confession, thanksgiving, supplication, intercession, pleading, etc. Some of our prayer, perhaps the greater part, should be simply acknowledging God. These kinds of prayers are adoration and thanksgiving; wonder-filled expressions of our awareness of God at work in the world. But, we often think of prayer as asking. That is understandable since the original meaning of the root of the word “prayer” (precarius is Latin meaning to obtain by entreaty or earnest asking) is to beg, to ask. So, it is appropriate that we pray for others or ourselves. We ask God to act in some way to benefit those we love and serve. This is called intercession or supplication.

Supplication is a prayer of deep trust and awareness. The stories of Elijah in I Kings help us when we think on this deep kind of prayer. Elijah the prophet of the Lord, lives during a particularly troubled time in Israel’s history. King Ahab is a bad king, rebelling against God’s rule in his own life and leading the people astray. He is married to an equally bad queen, Jezebel, who opposes the worship of God and promotes the worship of the local god, Baal. God sends a warning to his people in the form of a drought, the ensuing famine and, probably most galling to Jezebel, a prophet who is listening to God.

During the famine, God sends Elijah to live with a widow in Zarephath, and to eat at her table. God supplies her with a never-ending oil jug and a bottomless flour jar so that they will not starve. However, during the famine, the widow’s son falls ill and dies. Elijah, never one to mince words with God says, “O lord my God have you brought calamity even upon the widow with whom I am staying, by killing her son?” A rather direct question and accusation! Nevertheless, Elijah presents the facts to God, concluding his prayer with, “O Lord my God, let this child’s life come into him again” (17:20-21) thereby acknowledging that only God can change the circum-stance of death. This is a humility born of experience. And God restores the boy’s life.

A few weeks later, Elijah is sent back to Ahab with the news that it would rain again after three years of drought. Ahab agrees to a challenge between God and the prophets of the Baal. The prophets fail but God is revealed in a show of firepower. Elijah’s simple prayer of supplication is of interest, here, “O Lord, God of Abraham, Isaac, and Israel, let it be known this day that you are God in Israel, that I am your servant, and that I have done all these things at your bidding. Answer me, O Lord, answer me, so that this people may know that you, O Lord are God and that you have turned their hearts back.” (18:36-37)

The motivation behind Elijah’s prayer, “so that this people may know that you are God,” gives us the clue to Elijah’s target. He was not praying that the people would follow him, that they would give him a raise, or that they would make his life easier. No, he wanted them to acknowledge God; be aware of God’s powerful presence, worship God. God and God alone was Elijah’s target. It is important to not overlook the obvious point that suppliants trust that God will provide for their desires.

But what, you may ask, if God had not restored the boy’s life or burned up the sacrifice and the altar? This is a very important question because it brings us to the significant realization that the outcomes or the “answers” to the prayer are not the measure of God’s action. In our Elijah stories, God is acting through Elijah, through the widow, through fire, through weather formation, and Elijah is listening. Elijah is aware of God’s action. He recognizes God’s power.  He looks to God to do what God is already doing and will continue to do. He is part of the plan because he says, “yes” to whatever God does.

Our aim in prayer is always God. Not knowing about God or getting something from God but God, God’s self. We may think our target is what we want, but in all true prayer, what we aim for is God. What we want is the motivation for shooting out a prayer, but focusing only on what we want can skew our aim at God dreadfully. To adapt the words of the poet, the need to receive drains our prayer of power. But to be open and even vulnerable to receive what is being provided, we need to fall for God again and again. If our prayer brings us to God, that is sufficient. God is enough.